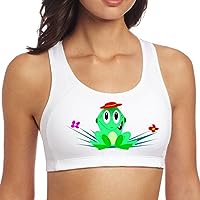 I was traumatized when I realized I was the only girl in eighth grade who didn’t wear a bra. I was playing

shirt. I wore an undershirt. If I could have crawled under the second base pad, I would have. As we jogged back

to our bench after the opposing team’s three outs, more bra lines came into view. Every girl on the other team

sported a bra too. I was a loser!

I ran home with my cheeks as rosy as my areolas. I was out of breath when I burst through the front door,

“Mom we need to go bra shopping right now!” I cried. “I am the only girl in my class without a bra. I am

wearing an undershirt like a third grader.” I sobbed.

She tired to console me, “You don’t need one yet,” she said calmly. This was not what I wanted to hear! “My

breast buds could blossom overnight! I need a bra!” I screamed. She agreed to take me to Richardson’s Store.

I just wanted a white bra that would give me a bra shadow for softball. My mom was across the aisle when I

chose a full cup 36 D bra. I wanted to be able to grow into it if I sprouted over the weekend.

“Anne, I asked Mr. Richardson to get us some help choosing a bra for you,” she said.

“You told Mr. Richardson I need a bra???” I was mortified. No sooner did I hear him on the loud speaker say,

“Suzie, can you help Bette’s daughter find a bra?” How could my mother do this to me?

As luck would have it, Mary Lou Genaro, the biggest busted girl in my class, stopped to say hello. “I’m bra

My mom arrived with a big smile on her face and her 34B chest. “Hi, Mary Lou,” she

smiled. Busted! (No pun intended) “We’re just getting Anne her first bra.” I wanted to die!

Suzie arrived with three 32AAA bras for me to try on. They were miniscule compared

to Mary Lou’s. I could fit all three of them into one of her cups.

Ten years later, at twenty-three, I had the perfect, champagne glass size breasts. I was

quite proud that my breasts had recovered from their late blooming state.

My first daughter was born when I was twenty-seven. I read that the best method to

toughen up nipples for breast feeding, was to cut the tips of my bra off. The friction of

rubbing against my shirt would toughen my nipples. What did I know? It made perfect

sense to me then.

I snipped four bras to prepare. I looked at myself in the mirror and thought I’ve seen

this look in a sleazy, mail order catalog. What had I done? I cut up expensive bras and I

When I arrived at the hospital, the labor nurses were all shocked when I removed my

top. Shocked is not the best word to describe their faces, actually; appalled, horrified or

even disgusted might be better choices. Worse yet, I worked at this hospital. I would be

the topic of conversation at dinner in the cafeteria all week.

Over the years, with five children, my boobs have grown and shrunk and grown and

shrunk again. They’ve given milk, been squished by mammograms, nuzzled by

grandkids, and stuffed into push-up bras. I carry them with pride. And then last week,

I was relaxing in a beach chair, listening to the seagulls and reciting my daily mantra,

“You are a beautiful and sexy woman.” I say this to myself daily. When I opened my

eyes, I noticed a protruding brown spot on my right knee. At second glance, there was an

identical spot on my left knee. I’d just had a body scan at the dermatologist. Surely, she’d

I sat upright in my chair and touched them. They were firm, but springy. This was the

oddest thing. I felt a tingle in my nipples every time I touched the spots on my knees.

I inspected them closer and realized that my breasts had drooped to my knees! My

nipples were on display for every person walking by.

breasts. St. Jude for hopeless cases might be my best bet. I peeked at them again, willing

them to go back up where they belong. They stared back at me. My next thought was,

Menopause has taken a toll on my body and mind, but really? I don’t deserve this. I’ll

have to roll them up like matching socks and stuff them in my bra. Even if I joined a gym

to get in shape, there’s not enough muscle in my upper arms to lift those babies

back into place. Besides, I could get tangled in the chest press machine or worse yet,

squish them in the thigh press. It’s just not safe for me to entertain a gym membership.

thinking about budding. At that time, I just wanted a bra shadow to prove I was

blossoming like the other girls. Now I need Mr. Richardson to page, “Suzie, there’s a

woman who looks like Bette here. She needs a hand crank to stuff her breasts back in her

bra. Can you meet her in the Tool Department?”
I just wish my mom could be there with me. I bet she’d wear that same big smile.