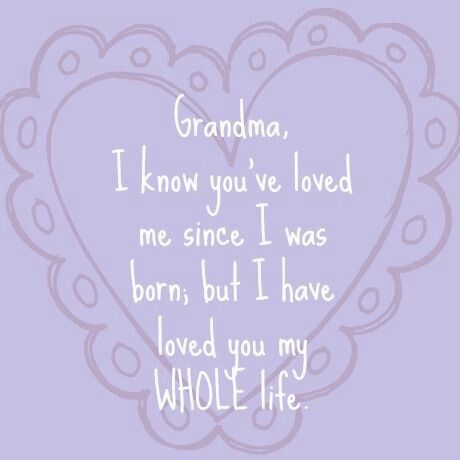 When my kids were little, I constantly tried to keep the house clean. With five kids, it was futile. We always had sports equipment, school bags, lunchboxes, and jackets piled in the entrance hallway. You had to climb over a mound to get to the kitchen. This made me crazy! That’s a mother.

When I visit my grandkids, their playroom looks like a toy store exploded. I just push some things around with my feet and plop down in the middle of it all. We catch up on the latest news from the playroom chronicles. That’s a Grandmom.

It was very important to have my children sit at the kitchen table and eat a healthy dinner. No desserts were given until they ate all of their vegetables. That’s a mom.

When my granddaughter wakes me up at three a.m. to tell me she’s hungry, we sneak to the kitchen and retrieve peanut butter crackers to eat in bed. She passes me a cracker and  whispers, “We better not tell mommy about his because we’re not allowed to eat in bed.” I gulp down the last of my cracker and agree that we should not tell mommy. That’s a Grandmom.

When my kids were young, I didn’t have enough time to dance with them every day. There was always work to be done, laundry waiting, grocery shopping and house work. That’s a mom.

When the grandkids want to teach me new moves to Rock Bottom Jeans, I wiggle with delight. I even “get down” and back up again. When they say, “Shake it Gigi,” I shake it! That’s a Grandmom.

When my kids were young, bedtime was a chore and a half. All I wanted was them all to sleep so I could have a few minutes of peace and quiet with my husband. That’s a mom.

When I visit my grandkids one of my favorite times is laying in bed when we’re supposed to be sleeping, but we’re chatting in the dark. My daughter will open the door and yell, “Go to sleep!” We snore and pretend we’re already asleep. Then we giggle when she leaves. Everything is funnier when mommy tells us to go to sleep. That’s a Grandmom.

When my kids were convinced there is a monster hiding in their room, I tried my best to convince them that there was no monster. I put monster spray in a squirt bottle, just in case. That’s a mom.

When a grandchild says a monster in in their room, someone suggests they make brownies because monsters love brownies. She will then bring brownies and a glass of milk and sit with the grandchild on the floor waiting for the monster to visit. Eventually the grandchild looks sad and says, “Oh darn, I think the monster left.” That’s a Grandmom.

When a snowstorm would hit, the gloves, hats, boots, scarves were all in order (in my mind, definitely not in the closet). It took over an hour to get everyone zipped, snapped and wrapped up nice and warm. Within half an hour, the sledding fun was over and they each returned dripping like melting snowmen onto my tile floor. The beautiful snow had turned into a muddy mess. I cried while I mopped. That’s a mom.

When I visit my grandkids, we are ready to sled in a flash. The hats, gloves and boots all go on effortlessly and before I know it we are sledding down the long driveway with glee. “Watch this!” We each compete with a new stunt. I never win, but that’s because I scream too loud. That’s a Grandmom.

When my kids had tea parties, I set the table with tea cups and Tastykake Krimpets. There was a rule that if they argued, the tea party was finished. That’s a mom.

With my grandkids, the tea party requests begin as soon as their eye lids flutter awake.  They fetch the small striped tea cups, pitcher and sugar bowl. Some days they put four scoops of sugar into a tiny tea cup and it turns to slush. I call that a sugar party with a splash of tea. They giggle and taste the shot of adrenaline. I taste it too. That’s a Grandmom.

Not only is the tea sweeter, life is too……….. when you become a Grandmom.

« My Birthday Eve
The Spider’s View »