When a three -year- old tells you there are monsters under their bed,

it’s almost impossible to convince them otherwise. They are like mini- news reporters spouting off

they sleep. The monster is big and red and and has spikes like a dinosaur. He has big teeth and he

smells really bad. The monster is as big as the door. By the time he was done with his description,

I was even afraid.

When my grandson discovered the monster, I decided to befriend the creature. You

see, Gigi is very wise and I know that monsters love brownies. We baked a full tray of

brownies, while we discussed this monster creature. “Does he look like a grizzly bear?

I asked. “Oh no, he looks really grouchy. And he steals my toys,” my grandson moaned.

“Well he better arrive for brownies, I need to talk to him about this! Does he have a

He looked at me seriously and thought for a minute. “His name is Manny.”

When the brownies were slightly warm, we headed back to the bedroom with a tray of 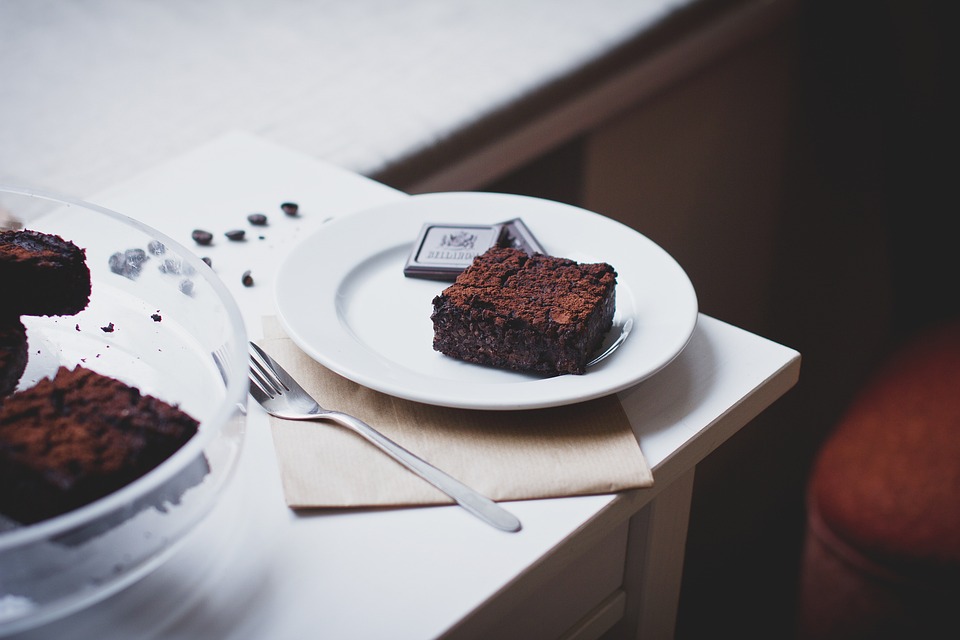 We sat on the floor and waited. “I know he can smell them. Come on out, Manny. We

have your favorite treat,” I sang softly.

My grandson’s eyes were wide as his head turned in all directions looking for Manny.

We munched our brownies and chatted about monsters.

“Why do monsters come under my bed?”

“You think he wants to be my friend?” he asked, looking directly into my eyes.

“We can ask him when he comes for his brownies.” I fibbed.

and left it on the night stand, just in case.

The next day, we ate our lunch on the bedroom floor, once again hoping Manny might

“He’s not coming is he?” my grandson asked sadly.

”Aren’t you happy that he’s gone? I asked.

“No, he wants to be my friend and hide under my bed with my toys. I could play under

there with him. Poor Manny.”

My heart dropped. Good job, Gigi, you broke the kids heart over a mean invisible monster who

“Maybe his parents wanted him to stay home,” I tried to convince him.

“I hope he’s not in trouble. I’m going to get another brownie for him. I bet he misses

“Let’s go visit him at his house,” he shouted. “Me and Manny can play and you can talk to his mom.”

I guess Gigi isn’t as wise as she thought.