My granddaughter, Kaylee, is a spirited little girl and an empath. We kid each other about being “the sentimental ones” in the family. She has bright blue eyes, blonde hair and a very sweet personality. She’s the girl at school who will ask someone who’s sitting alone to join in the fun. She is a gatherer, just like me. She is like me in so many ways.

This week she told her mom that she saw a black butterfly at school. He followed her around the playground. The following day, they got news that her Great Grandpop, Smokey, passed away. While everyone was in tears, she said, “That’s why that butterfly was following me. It was Taco telling me he came to meet Smokey.” Her dog, Taco, passed away last year and she was heartbroken. Through her tears, she hugged her dad to reassure him Smokey was not alone.

Taco sent another sign from Heaven. Not long after he died, my daughter’s family visited us. Kaylee told me how much she missed Taco and she hoped he was in Heaven. We took Kaylee and her sister, Riley, to the beach to watch a sunset. My daughter was busy snapping photos and had both girls sit on the concrete wall while she took a photo of them from the back. The background was a sky of pink, orange and blues. When she reviewed the photos later, there was a red heart spot. As she flipped through the screens, the red spot moved between the two girls. The lens was clear. There was no reason for this red heart shaped spot.

A friend mentioned that they must have a guardian angel watching over them. When Kaylee saw it, her eyes filled with tears.”I think it might be Taco telling us he’s still with us.”

I told you she’s like me! She’s my mini-Angel Bumper and I love her so much. 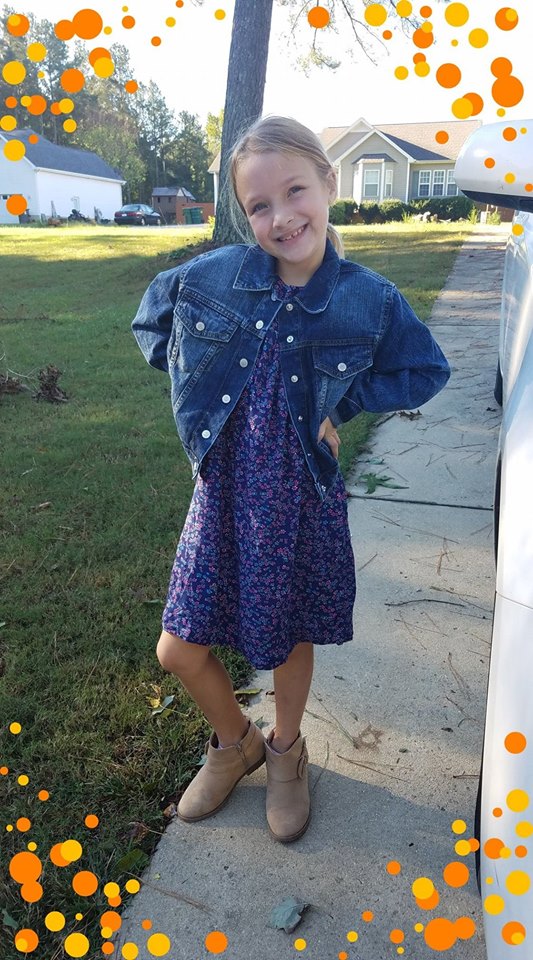