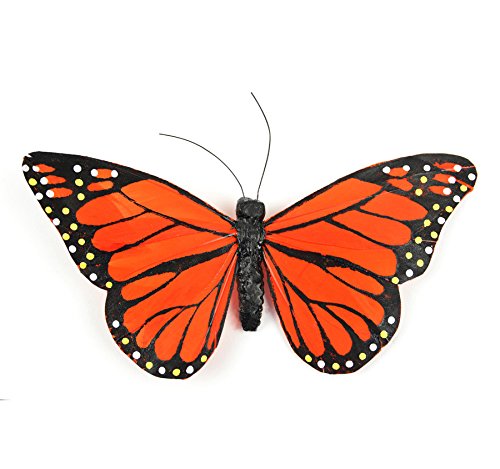 At fifteen I’d not dealt with death before, so all I knew was that it meant goodbye.

That didn’t strike me as fair. I didn’t want to say goodbye to Grandma. Nonetheless, Mama insisted I attend the funeral with the rest of the family on that gray June morning.

“Dress in something dark,” she said. “The plainer, the better.”

There hadn’t been much to choose from. I reluctantly donned a black straight skirt and slipped a black cardigan over a gray pullover.

Daddy wore his only suit, a midnight blue double-breasted outfit that he’d bought when he gave away my cousin, Neicie, at a wedding a few years back. Her mom and dad had separated when she was still a toddler, and Daddy was her only uncle.

Mama had chosen a severe black rayon dress but wore a string of pearls to add a little relief. My older sister, like me, had selected a skirt and sweater, but hers were charcoal gray. My little brother looked properly attired in a navy plaid flannel shirt and navy slacks.

I crowded with my siblings into the back seat of the old Ford. As we drove I wondered what she would look like. Mama had explained about open coffins and how we would all have a chance to see her before we went to the cemetery. I’d never seen a dead person, but Mama said there was nothing to be scared of. Grandma just would look as though she were asleep.

I couldn’t picture her as anything but awake and full of life. Her eyes used to twinkle with happiness when I’d arrive on her doorstep, after I took the bus across town for a weekend visit. On Saturday we’d go to nearby MacArthur Park for a boat ride or to Bimini Baths for a swim. Every Sunday we’d head for a morning service at the Angelus Temple, and lunch afterwards at Clifton’s Cafeteria. We’d both choose the salad sampler, four salad choices on one large plate. In the evenings we’d sit in her garden, nibbling kumquats and admiring the butterflies and hummingbirds that flitted around her Rose of Sharon and azalea shrubs.

Daddy pulled into the parking lot behind the church.

“Remember, kids. It’s a funeral. No whispering and giggling.”

My sister and I exchanged glances. We were way beyond such pre-adolescent behavior ourselves, and we’d had no desire for such childish interactions with our baby brother, who was only nine.

We filed into the church, me trailing, and took our seats in the second row, right behind Grandpa Harris, the widower. I looked around. All my aunts, uncles and cousins were there, equally somber in attire. So when the minister came up to the podium and said we were there to celebrate Grandma’s life, I wondered why nobody was dressed for a celebration. Even in late spring, the room reflected the gloom of a frigid winter; everybody weighted down under black shawls and navy blue woolen cardigans.

Then Cousin Neicie swept down the aisle. Everybody swiveled their necks to watch her. Her platinum hair was twisted into an upsweep, and topped by a rose-trimmed cloche. Her fluffy pink polka dot chiffon dress swirled around her like a friendly cloud. She spotted my family, and slid into the pew next to me. I inhaled deeply. She smelled heavenly, like a flower garden on a hot summer day.

“Cheer up,” she whispered, patting my hand. “Grandma wouldn’t want people sad today. She’s got her wish at last. I’m sure she’s home with her Lord.”

I glanced to the right and noticed Mama and Daddy frowning in our direction. I remembered Daddy’s warning.

“I’ll talk to you after the service,” I whispered back, then pursed my lips and tapped them with a forefinger. Neicie winked and fixed her attention on the pastor, who had approached a podium near the coffin.

He outlined Grandma’s virtues, her devotion to her church, her leadership with the Women’s Christian Temperance Union, and her years of teaching Sunday school. I’d never seen my father cry before, so was surprised when he pulled out a handkerchief and dabbed his eyes.

Then it came time for us to file up to the front, and pay our farewells. I overheard Daddy murmur something to Mama, as everybody rose. He’d been frowning. Neicie noticed my hesitation after I stood, and took my hand to guide me along. We stood together, gazing down at Grandma.

Mama was partly right. Grandma did look fast asleep. But her cheeks bore bright blobs of rouge, and her lips were painted crimson. She’d never worn makeup when she was awake, and I was pretty certain she didn’t put it on to go to sleep. Neicie shook her head a little and then gave my shoulder a pat when she noticed my puzzlement.

At the graveyard even though the sun had finally emerged, I found it hard to hold back tears while the men lowered Grandma’s casket into the grave. Then Neicie pointed out a beautiful tangerine and brown butterfly fluttering above the pallbearers’ heads.

“I’m pretty sure that’s a Painted Lady,” she said. “Grandma loved butterflies. She gave me a book about them when I was about your age. I think that particular butterfly is a sign an angel has sent us that Grandma has arrived safely on the other side. That means that now she has her wings.”

I nodded. That seemed to make so much sense to me, more than the concept of eternal sleep that Mama had tried to explain to us. Why would Grandma or anyone, for that matter, want to sleep forever?

Neicie always had a sweet way of looking at things. I finally worked up the courage to mention her outfit as we headed back towards the cars that would carry us to the reception.

“Neicie, I heard Daddy tell Mama that he thought it was disrespectful of you not to wear dark colors at a funeral. And that you have on too much perfume.”

Neicie laughed. “I have so much respect for Grandma that I wore pink because it was her favorite color. I use Quelques Fleurs perfume because it’s like a bouquet of all the different flowers that Grandma grew. When I go home this afternoon, I’m going to plant some pansies in my little patio, because those were her favorites. I’ll bet they’ll draw some butterflies and hummingbirds, just like we used to find in Grandma’s garden.”

I mentioned that I’d learned earlier in my French class that the name “pansy” comes from the word pensée, meaning thought.

Neicie hugged me. “So in the language of flowers, pansies mean ‘thinking of you,’ ” she said, and I hugged her back, breathing in her delicious delicate scent.

Each time I’ve planted a garden in all the decades since, I’ve included a welcome mat of pansies and other plants that attract butterflies. Neicie convinced me that angels send us butterflies to remind us of the miracle that we’re still loved by those who’ve had to leave us for another world.