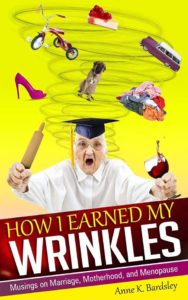 I was on a cruise when I first saw a young girl shake her butt at the speed of a hummingbird’s wings. I was mesmerized! My butt caught a glimpse of her actions and immediately went on strike. I simply cannot even begin to get the motion started. I have tried. In fact, I tried on stage to win a contest at a Hamburger Mary’s Restaurant. The hostess looked oddly male, and wore a sequined dress. I am not one to judge. They were known for great burgers and we were hungry women. I learned the entertainment, the drag show, started after dessert.

A six-foot–three tall woman in a red flashy dress smiled at me from the stage. She had explosive, huge red hair. It was a lot of red on her bulky frame. She could have played football in college. I felt nervous. She was checking me out for the future contest. Her smile didn’t fool me. Sure enough, I was beckoned to the stage with five other lucky contestants. They handed us each a beautiful green colored beverage and told us to chug it. I am obedient by nature. I slammed the green drink.

The music began with a heavy sax background. The drums and cymbals came next. It might have my ear drums pounding from green drink. I’m not clear on that. Beverly, our host, I mean hostess, in the red sexy dress poked her long thick leg out from the slit in her dress. With the microphone obscenely close to her lips, she asked, “Are you ready to twerk?” in a husky voice.

Well no, I was not ready.  I asked for another green drink. She denied my request. The crowd was hooting and shouting , “Twerk! Twerk! Twerk!” I tried to escape. Her large arm blocked my exit. “Get back in line, Anne! It’s twerk time. Shake it!”

She had no idea that my uterus went on strike the first time I even attempted this move. The twerking reminded her of pregnancy. “Last time you moved like this, I swelled up with a baby!” I knew her voice in my head. “No more babies! I can’t do it! I won’t do it!”

I agreed wholeheartedly. If I had a baby now, with my memory, I’d never find the baby.

Even my ovaries were protesting.  Shrunk as they were, they piped in with a mighty voice, “Oh No! Oh No! Ain’t no twerking going on here, girlfriend! Keep talking like this and we’re going to need a cheeseburger each to calm us down!”

It had to be the green drink that made my ovaries speak up like that. They are usually very demure and quiet. That night they were shouting for cheeseburgers.

With my lady parts against me, I had no chance of winning. Hell, I couldn’t even compete. But what could I do? I was on stage and everyone else was shaking and gyrating. I said a prayer, leaned over with my butt to the crowd and tried to twerk. It was no use. My lower parts refused to co-operate. I could only shake side to side.I even tried to sneak in a little front to back shake, but it wasn’t working. I was not going to win the contest.

I am a good sport, which is probably why my ovaries felt the need to chime in their warning. I looked at my arms at one point and they were trying to twerk. It was uncomfortable for even me to watch! I looked like I was having spasms. I couldn’t get them to stop. They were numb from all the shaking, although they seemed to enjoy the music and the applauding audience.

Unless there‘s a hysterectomy in my future, I will have to pass on the coveted Twerk Queen, multi-jeweled crown. Somebody get me a cheeseburger!

« OMG! I Really Am My Mother
The Family Portrait »